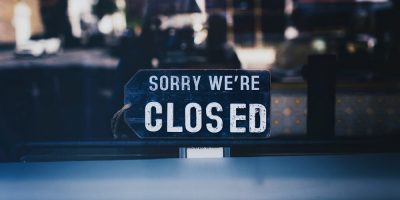 Short on time? Here’s what you need to know:
-The local medical officer of health cautions the region could rise into the control-red tier of COVID response, having already checked one of several boxes
-The SMDHU is reporting a lag in case and contact tracing abilities, but is bringing on additional staff and is pushing the province for added support
–there are 16 outbreaks in Simcoe or Muskoka including three long-term care or seniors homes and five schools

As the region’s COVID-19 caseload continue to trend in the wrong direction, the Simcoe Muskoka District Health Unit’s (SMDHU) top medical official warns if it continues, we could go into the red zone. Simcoe and Muskoka has already surpassed one marker health experts use to gauge when to go into the red.

“We’re up to 45.4 cases per 100,000 population over the last week,” said medical officer of health Dr. Charles Gardner. “It’s important to note that the province’s framework, with its color-coding, would note the density designation of red if you actually have an incidence of about 40. There are other indicators as well in that framework that we don’t yet meet.”

“I think this is a warning to us that if we don’t stabilize and start to bring things back down again, we would be moving towards the possibility of being in the red category at some point in the future,” he added.

Under the province’s colour-coded framework of COVID response, the Control-Red level would call for such restrictions as limits on public gatherings to five people indoors and 25 outside, a cap of 10 patrons inside a restaurant with up to four people per table, and that restaurants, bars and other food and drink establishments would close from 10 p.m. to 5 a.m. daily.

Last week, the region saw a record number of weekly cases, with a pandemic-high 230 reported from Monday to Friday. The SMDHU announced another 46 cases of COVID-19 on Tuesday, a day following its confirmation of a three-day total of 171 cases. So far this week, there have been 217. Three days to go.

The seven-day rolling average number of cases in Simcoe and Muskoka is 55.2, a sharp increase over the past several weeks. The Health Unit’s goal is to see a decrease over 14 days or a stable trend of fewer than two cases per day.

Dr. Gardner admitted Tuesday that the SMDHU is trying to step up its contact tracing capacity. “As a health unit, we’re challenged right now with case and contact follow up. We’re having a harder time getting to our cases, and being able to assess them, the same with the contacts,” he said, adding the lag in contact tracing is a result of rising case counts locally. “That would be a function of just the volume of cases and the volume of contacts that we have at this time.”

He says the SMDHU is taking steps to rectify this. “We’re bringing on more staff, we’re increasing the number of contacts that were referring to public health Ontario to address and we’re also approaching the province to be able to tap into additional human resources.”

Close contact continues to be the main method by which COVID-19 is spread within Simcoe and Muskoka. The majority of the region’s caseload is among those aged 18 to 34, while those in the 45-64 age range follow that. People aged 35 to 44 make up the third-largest group of people contracting COVID-19, while those under 17 and those over the age of 80 comprise the rest. The majority of lives lost to COVID in Simcoe-Muskoka are among those aged 80 and over.

However, the health unit reported an additional life lost this week, that of a man between the ages of 18 and 34, residing in Bradford – West Gwillimbury. He marks the region’s 53rd life lost to COVID-19 since the onset of the pandemic.

As of Tuesday afternoon, the SMDHU is reporting 16 ongoing outbreaks.

There are currently three outbreaks in long-term care homes and retirement homes: Simcoe Manor in Beeton, Waterford Retirement Community in Barrie, and Mill Creek Care Centre. The health unit also reports three outbreaks in congregate facilities, but do not make those details public for privacy reasons.

There is one outbreak declared in a community setting, that of a church within Simcoe County. Dr. Gardner says the outbreak will be declared over shortly and will be removed from the SMDHU website by Wednesday.

The Simcoe Muskoka District Health Unit and all the municipalities it covers are in the Restrict-Orange tier of the province’s COVID-19 response framework, meaning for capacity size caps at restaurants, meeting places, recreational facilities and other public gathering spaces. Masks must be worn in workplaces and indoor public spaces.

Dr. Gardner stated during his Tuesday media briefing that it is not unreasonable to expect a further rise in cases, prompting further restrictions under the Control-Red tier. “We are seeing a rise at this time, going into the holiday season, of COVID-19. It’s not at all under control,” said Gardner. “And we know from our experience with Thanksgiving, that gatherings of this nature lead to more transmission.”

Province-wide, there were 1,676 new cases of COVID-19 confirmed by Public Health Ontario, down significantly from Monday’s record-setting 1,900+.