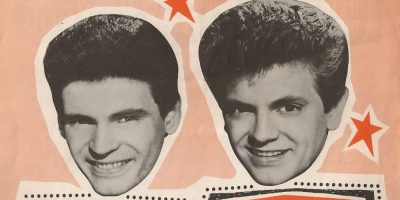 He was half of one of rock music’s most influential harmony groups. Don Everly, has died at his home in Nashville at the age of 84. A cause of death has not been given.

With brother Phil, who died in 2014, the Everly Brothers began their musical journey through the annals of rock ‘n roll in 1957 with “Bye Bye Love”. It had been rejected by 30 other acts before they recorded it themselves.

They would rule the charts for the next five years with 15 hits in the Top Ten including “Cathy’s Clown,” “Wake Up Little Susie,” “All I Have to Do Is Dream,” and “When Will I Be Loved.”

Their harmonies would influence the Beatles, the Mamas and the Papas, the Hollies, Simon & Garfunkel and more.

In 1986, The Everly Brothers were among the first acts inducted into the Rock & Roll Hall of Fame.

As successful as they were, the Everly Brothers did not always get along. They barely spoke through parts of the 70s and 80s, after breaking up on stage in 1973. They reunited in 1983, recording three more studio albums, and continued to tour, including an appearance on Simon and Garfunkel’s 2003 reunion tour.