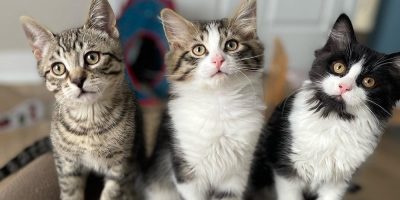 A Barrie animal shelter says they are overjoyed by the generosity they get from the community.

In early January, Furry Friends, a cat shelter in Barrie, put out a plea on Facebook asking for cat food.

They had a large influx of pregnant mommas and kittens, and with food specifically for kittens running drastically low, the shelter turned to Facebook for help.

The Furry Friends Facebook group has over nine thousand followers, and people jumped at the opportunity to help. The shelter has a wish list on Amazon, and a canada helps page set up to receive monetary donations.

One member wrote, “We are SO lucky and SO thankful to have a community full of compassionate, generous, BEAUTIFUL cat-lovers like you who come to our aid when we need it the most!”

Mark Adams, a member of Furry Friends, says they rely on donations from the community. “We don’t get any government funding, so any donation we get is a huge help.”

Donations can be made to Furry Friends at canadahelps