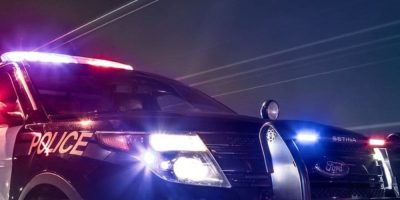 Another example why there is no such thing as a routine traffic stop.

A Southern Georgian Bay OPP officer conducting speed enforcement on Simcoe Road 93 around 8 a.m. on Saturday in Midland spotted a vehicle travelling more than 40 km/h over the posted speed limit. The vehicle was stopped on Highway 12.

Police say while speaking with the officer, the driver refused to identify himself and became argumentive. The motorist then fled the scene, but police spotted the driver in a nearby subdivision and stopped the vehicle. When the driver got out of his vehicle, he became physically aggressive towards the officers but police were able to gain control and arrest him.

A 32-year-old from Midland was charged with:

The accused was released with an Undertaking compelling him to appear before the Ontario Court of Justice on February 2, 2023. In cases of stunt driving, the drivers license of the charged person is suspended for 30 days and the vehicle they were operating is towed and impounded for 14 days.