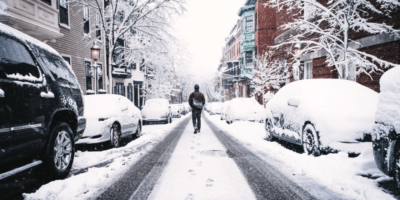 The City of Barrie is asking folks to try and avoid parking on the street, to make way for salt trucks.

“Barrie is receiving quite a bit of snow for early November!” reads a statement from City Hall. “Contractor plows begin Friday, however, in the meantime City salt trucks were out overnight and city sanders were dispatched to secondary streets,”

To make way for those salt trucks, residents are asked to avoid parking on roads overnight, while the city reminds folks that arterial roads are always a priority. The City of Barrie’s winter parking restrictions officially kick in on December 1st.

Sidewalk plows were also dispatched last night, and are expected to be out and about on a regular basis. Environment Canada forecasts up to 25cm of additional snowfall in Barrie Tuesday evening to Wednesday morning.