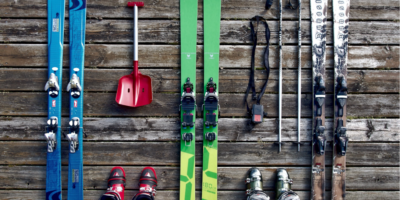 The month started off with a decent smattering of snow, making for good skiing, but now that milder weather has temporarily returned, are the slopes all wet?

The Ontario Travel Centre’s Kevin Forget says not really. “There is some good skiing out there,” says Forget, “it sort of gives you a good taste of it. I would say that early ski season brings skiing to top of mind. So if even though people aren’t heading out to the hills right away, it is getting them thinking ‘hey, I should dust off those skis, I should dust off that board.'”

Three of four ski hills opened for business earlier this month, which Forget says prompted folks to think not only of skiing, but gift-giving. “sometimes ski season doesn’t start until Christmas but by having it earlier, it has people thinking about purchasing passes, getting the equipment, putting it on the Christmas list.”

“Mother Nature would be awesome if she dropped a bunch of natural snow,” added Forget, “What we really need is colder temperatures, temperatures just a couple of degrees below zero so we can make snow.”

Horseshoe Valley Resort, Mount St. Louis Moonstone, and Blue Mountain Resort all opened early this year, while Snow Valley Resort remained closed to, as it says, build a better base.