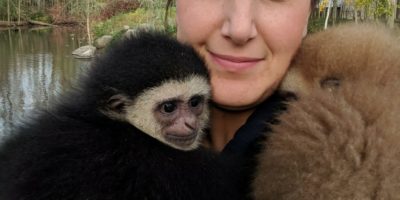 Agnes the Gibbon has finally returned home to Elmvale after a nearly 5 month ordeal that ended in Quebec following a break-in at the Zoo way back in May. Agnes was recovered on a warrant in Quebec. OPP Sgt. Jason Folz says Agnes returned home safe & sound late last week.

There was a lot of concern for Agnes. The gibbon had never been away from relatives at the zoo. The news means it’s just ‘Stanley’ the tortoise Police are searching for still. 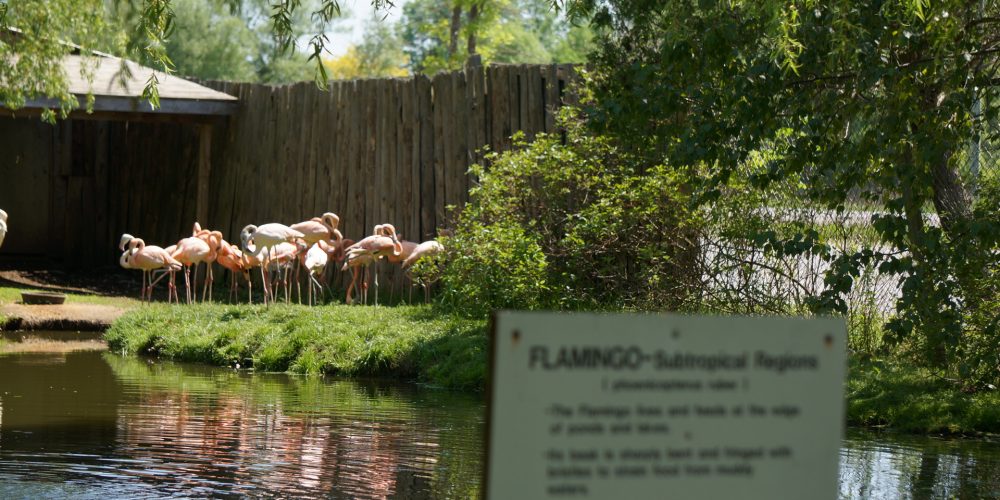 It’s been a week since the return of JC the lemur to the Elmvale Jungle Zoo, one of three animals taken during an overnight break and enter to the zoo late last month. Zoo co-owner Michel Persi says JC is back to normal weight and keeping zoo staff busy. The search continues for two other animals taken in the break-in.

JC the Lemur was in pretty good shape when he was returned late Tuesday to the Elmvale Jungle Zoo. He jumped into his handler’s arms upon arrival.

Concern is growing for the tortoise and gibbon still missing after last week’s break-in and theft. In particular, the gibbon who’s never been away from relatives at the zoo.

OPP are working closely with police in Quebec where JC was found.

Officials at the Elmvale Jungle Zoo says ‘JC’ the Lemur will be returned to the Zoo Tuesday. He’s been in the care of a Montreal veterinarian since being found early Sunday morning in a cage at the side of a road in Quebec.

‘JC’ and two other animals – ‘Agnes’ a Gibbon and ‘Stanley’ a Tortoise – were taken last week during a break-in at the Zoo. Thieves had cut through fencing in the middle of the night.

Two men are facing charges in the case.

Michel Persi at Elmvale Jungle Zoo advises ‘JC’ the Lemur is in good condition in the care of a Montreal veterinarian known to them. He will remain there for a few days in the event ‘Agnes’ the Gibbon is found nearby. It’s felt JC’s sounds and smells might calm Agnes when she’s found.

FOUND IN CAGE AT SIDE OF ROAD

OPP Sergeant Peter Leon says ‘JC’ was found in Quebec; that a request had been made to whoever had taken the animals to leave them in a place where they could be found. JC was found early Sunday morning in a cage at the side of a road. A second man has been arrested in connection with the case.

OPP have arrested a 21-year-old Ottawa man in connection with the break-in and theft of three animals this week from the Elmvale Jungle Zoo. Detectives from the Huronia West OPP Community Street Crime Unit, the Lanark County Community Street Crime Unit, the OPP Organized Crime Enforcement Bureau and the Ottawa Police Service were able to identify a suspect after following up on a number of tips in the case. The arrest was made Friday evening in Mount Albert. The animals remain unaccounted for.

The Elmvale Jungle Zoo says it will offer a $5000 reward for information leading to the return of three animals stolen from the zoo this week. In addition, co-owner Michel persi says an anonymous donor has put up another $5000.

The #Elmvale Jungle Zoo feel “misguided animal activists” are responsible after discovering another fence around the Elands was cut.

Thieves also cut a fence around the flamingos enclosure before stealing a gibbon monkey, black lemur and a tortoise https://t.co/882mqGnGVb pic.twitter.com/eFNonDzYGn

Zoo owners Michel Persi and her father Sam believe it was a case of misguided animal activism. Michel says at first they only noticed the fence was cut in the flamingo enclosure. Her father Sam walks the zoo grounds every morning and noticed an empty beer bottle outside of an outbuilding where they house most of their show animals, which was very out-of-the-ordinary. He then discovered that Agnus the black gibbon monkey, their black and white lemur Jaycee and Stanley the tortoise were all taken from that building. When Sam was doing his rounds later in the day they discovered another fence was cut around the elands. Sam says if you don’t want to see animals in enclosures you don’t do something like this because those animals can end up on the highway and get killed or cause an accident that kills people.

Persi says they have been going through camera footage looking for clues. She also told police to check local hospitals for people claiming to be attacked by a dog as Jaycee the lemur has very sharp claws and is only ever handled by two well-trained zoo-keepers.

Huronia West OPP Const. Chris Lesage confirms someone cut a hole in the fence sometime overnight, and made off with the gibbon monkey, along with a black lemur and 18 in tortoise, a total value of 20 thousand bucks. It’s believed someone went to the Highway 27 destination sometime between 10:00 Monday and first thing Tuesday morning, cutting a hole in a chain-link fence that would be visible from the road. Anyone with information is asked to contact the OPP at 1-888-310-1122 or Crimestoppers at 1-800-222-TIPS.