Add catholic schools to the list of one-day teacher walkouts next week.

The Ontario English Catholic Teachers’ Association (OECTA) says its members will not report to work next Tuesday.

While association president Liz Stuart acknowledges Ontarians are growing impatient with negotiations, or the lack thereof, she says, “we cannot allow this government to wear us all down and force us to accept their devastating cuts. Strike action is tough for everyone, but it is a sacrifice we need to make to show the government we will not be deterred in our efforts to protect what we have worked so hard to build.”

The OECTA also staged a one-day walkout a week ago.

The Elementary Teachers’ Federation of Ontario announced Monday its members will be off the job next Wednesday (February 5) in Simcoe County and province-wide on Thursday (February 6).

On Monday (February 3), public elementary teachers with Trillium Lakelands will hold a one-day strike in Muskoka, Haliburton and City of Kawartha Lakes. 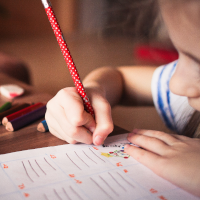