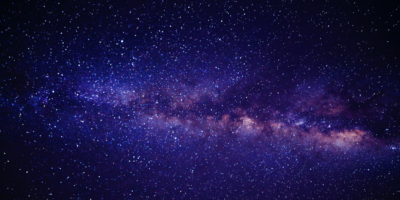 April 11th was the 50th anniversary of the Apollo 13 mission, the seventh crewed mission in the Appollo Space Program and the third meant to land on the moon. While the mission didn’t go as planned, the astronauts aboard managed to avoid disaster and sparked a newfound interest in the space program so with that flimsy segway out of the way, let’s take a look at some sci-fi adventures you can take from the comfort of your own couch.

Set 300 years in the future, Altered Carbon is about a man named Takeshi Kovacs who must solve a murder in order to secure his freedom. The catch? Consciousness is digitized and stored in individual devices called stacks, so if you die, you can transfer your stack to another body. Fantastic world-building, awesome action scenes, and a mind-bending story make this a must-watch for sci-fi fans. There is currently two seasons streaming on Netflix.

Maybe going to space isn’t such a good idea. Life is a horror/thriller about a group of astronauts who discover an organism that quickly starts to show signs of intelligence. With an ensemble cast led by Jake Gyllenhaal and Ryan Reynolds, this movie is creepy, scary, and full of unexpected moments. You will definitely be happy to have two feet firmly on the ground with this one. Watch it right now on Netflix.

When a mysterious ship full of alien creatures arrives stranded above Johannesburg in South Africa, they are segregated in ghetto-like neighborhoods in the slums and outskirts of the city. District 9 is directed by Neill Blomkamp and stars the fantastic Sharlto Copley in the lead role with a majority of the film being shot in a documentary style. It’s a super unique movie that is unlike anything you’ll see and you can stream it right now on Netflix.

Moon is about an astronaut who is nearing the end of a three-year stint on, you guessed it, the moon and is tasked with sending vital packages to earth to help alleviate the energy crisis. Moon is also a movie I can’t stop recommending while trying to say as little as possible about it. Sam Rockwell gives a powerhouse performance in this (nearly) one-man show. Stream it on Prime Video right now.

Have you always wondered how Han became a Solo? Wonder no longer! Set in the time between the prequel and sequel series, Solo follows Han as he meets strange and interesting people and becomes involved in the criminal underworld. While it didn’t get the critical reception of some other Star Wars movies, Solo is a fun heist movie wearing the skin of a galaxy far, far away. Check it out on Netflix