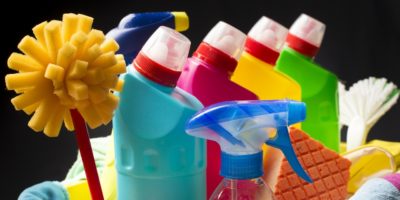 The province is allowing more and more services to resume amid the pandemic, but that’s left some wondering why cleaning services can enter a home, but grandma cannot.

“I think that this is where the government is saying that this is a safe thing for us to be doing or else we wouldn’t have been in that first stage,” says Rhonda Millsap of Molly Maid Barrie, “This is something that they really truly feel is a safe industry for us to be coming in and going and doing again because we’re following all the proper precautions.”

Millsap says following those precautions was already the nature of the business she’s in. “That’s the nice thing about this industry is there are certain things for us that the government has suggested as our protocols that we were already following,” she told Barrie 360, “Wearing gloves was something we already did, washing our hands on a regular basis, again, something we already did.”

As many health precautions were already being taken before the pandemic, Millsap says among biggest changes to her industry is logistics. “The biggest transition for our ladies is wearing the mask, but also the social distancing in the house. One thing that we’re asking of our clients is making sure that we’re never in the same room as them,” she said, “They know exactly what day we’re coming, they know exactly what time we’re coming. So it prepares them so that they can make alternate arrangements.”

Millsap feels these precautions being taken could be standard in the industry moving forward. “I do think that it is going to be something that’s going to be in place for quite some time. And really, I’ve spoken with all my staff after returning to work this week, and everybody feels very comfortable with the precautions we’ve taken. They feel very good.”