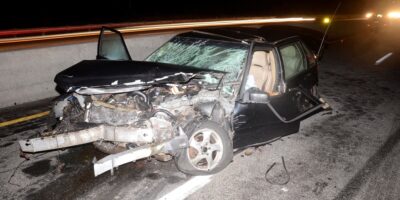 A collision on the 400 through Innisfil has claimed the life of man from Sagamok Anishnawbek First Nation.

The OPP say a vehicle was heading south on the 400 when it somehow collided with the guardrail near Innisfil Beach Road. The force of the impact turned the vehicle right around. It was then struck by an oncoming vehicle.

The second collision resulted in fatal injuries to the driver of the first vehicle. Police say 28-year-old Andrew Therrien was pronounced dead on scene.

The driver of the second vehicle was taken to hospital with serious injuries.