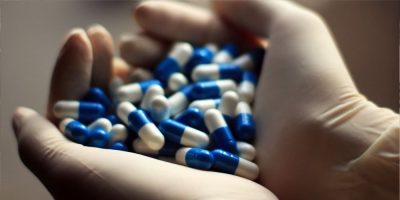 The U.S. Food and Drug Administration announced Wednesday it has greenlighted Pfizer’s antiviral pills to treat COVID-19 for emergency use, allowing limited use of the drug in Americans as young as 12 who are at “high risk for progression to severe COVID-19.”

The new treatment option comes as doctors are facing a nationwide shortage of monoclonal antibodies to treat high-risk cases of the disease, with most formulas ineffective against the fast-spreading Omicron variant.

Early data suggests Pfizer’s pills, called Paxlovid, are effective against Omicron cases. The drugmaker says it works to block the ability of the virus to make copies of itself.

“This authorization provides a new tool to combat COVID-19 at a crucial time in the pandemic as new variants emerge and promises to make antiviral treatment more accessible to patients who are at high risk for progression to severe COVID-19,” the FDA’s Dr. Patrizia Cavazzoni said in a statement on Wednesday.

Pfizer first sought emergency use authorization for Paxlovid in November. The company said it was shown in clinical trials to cut the chances of hospitalization or death by 88% among adults at high-risk of severe COVID-19, compared to a placebo.

Pfizer is also running clinical trials to gather data on its use in two other potential groups of patients: for treating cases in people at “standard risk,” as well as for preventing disease in people who are household contacts of a COVID patient. If it proves safe and effective in those uses, the drugmaker could seek wider authorization from the FDA.

Paxlovid treatment needs to begin within a few days of first developing symptoms. A course of treatment is made up of three tablets that are taken twice a day, in the morning and evening, over the course of five days, for a total of 30 pills. Two of the tablets are nirmatrelvir, an antiviral Pfizer designed to target SARS-CoV-2, and one is ritonavir, a drug that has also been used to treat HIV.

Like with some other COVID-19 treatments that have been authorized by the FDA, the regulator will limit Pfizer’s drug to only people at “higher risk of being hospitalized for COVID-19.” That includes seniors and people with underlying conditions like heart disease or diabetes.

Distribution of the drug will be controlled by the Biden administration, which purchased 10 million courses of the drug in November.

A request to authorize another antiviral pill called molnupiravir, developed by Merck and Ridgeback Biotherapeutics, has also been pending for months before the FDA, after the agency’s outside advisers questioned its lower-than-expected effectiveness and concerns over risks associated with the drug.

Pfizer’s pill did not go before the FDA’s Antimicrobial Drugs Advisory Committee. The company’s executives have argued that the risks associated with their antiviral were lower than molnupiravir, more comparable to widely-used monoclonal antibody treatments that have already been greenlighted by the regulator.

Potential risks and side effects

The FDA said Wednesday it was continuing to evaluate the safety and effectiveness of Paxlovid, and warned it should not be taken with some other drugs or by people with untreated HIV-1 infection.

Loss of taste was the most commonly reported side effect of the drug in trials, occurring in 6% of recipients compared to less than 1% of placebo recipients. Slightly more recipients of Paxlovid also had diarrhea, high blood pressure, and muscle aches.

The promising results seen with Pfizer’s trial were among people who began taking the drug within the first days after they were diagnosed, early in the course of their disease.

“Paxlovid is available by prescription only and should be initiated as soon as possible after a diagnosis of COVID-19 and within five days of symptom onset,” the FDA said.

That could pose a challenge for many Americans who are now facing long waits for COVID-19 tests, even if they seek out testing immediately after they first feel symptoms.

“Our patient journey market research shows that symptomatic patients may wait up to three days before getting tested. From there, to take another one to three days for the patient to be tested and then another one to two days to be diagnosed,” Pfizer’s Angela Lukin told investors earlier this month.

Pfizer says it is ready to begin deliveries of Paxlovid in the U.S. immediately, supplying up to 10 million courses of the treatment through next year. However, only thousands — not millions — of courses of the drug are expected to be available this month, Bourla told The Wall Street Journal earlier this year.

“This breakthrough therapy, which has been shown to significantly reduce hospitalizations and deaths and can be taken at home, will change the way we treat COVID-19, and hopefully help reduce some of the significant pressures facing our healthcare and hospital system,” Pfizer’s CEO Albert Bourla said in a release. 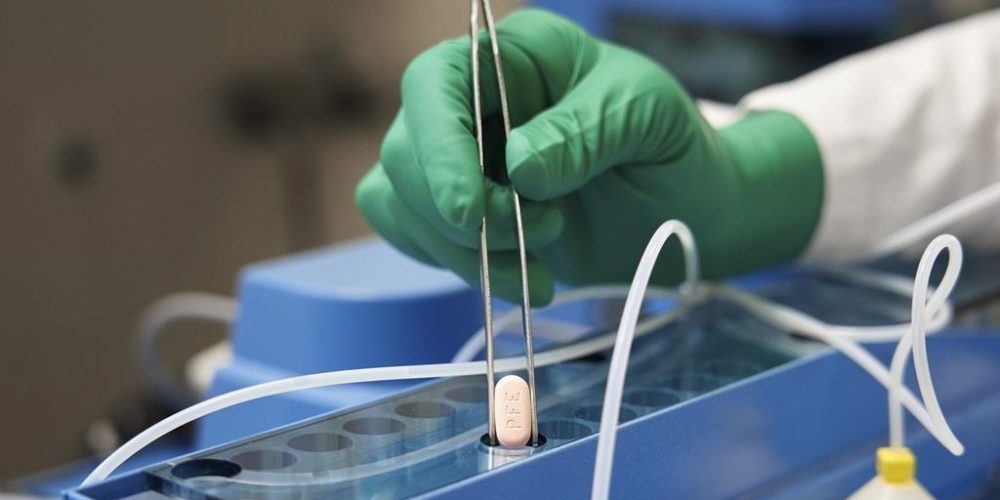