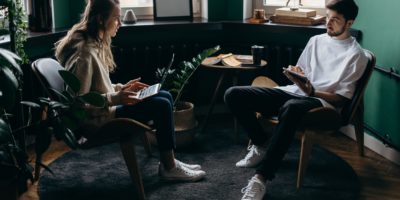 Changes are coming to the Canada Summer Jobs program. The Prime Minister announced help for young workers. The changes will help them find work in sectors that are still open. Trudeau says CSJ employers will get a 100 per cent wage subsidy and allow students to work part time with the program. It also includes an extension of the end date for employment to Feb. 28, 2021.

During his daily briefing Wednesday, Trudeau also discussed proposed changes to expand eligibility for the recently announced wage subsidy program. The changes are in respect to that 30 per cent revenue loss threshold businesses are requirement to show, which would exempt seasonal companies or new businesses.

Trudeau says the proposed tweaks allow businesses to show January and February of 2020 comparisons instead of the same month last year – as was first introduced. In addition to that, Trudeau says the federal government will now require firms to demonstrate only a 15 per cent reduction in gross revenues for March. A 30 per cent reduction will still be required to receive the subsidy in April and May.

Jean-Yves Duclos, President of the Treasury Board says the changes to the wage subsidy is to make sure this recession does not become a depression – “which would happen if a government does not take significant action.”

“Based on our initial review, it appears government will make three big fixes that will help many more SMEs access the program,” it [CFIB] said in a statement. Canadian Federation of Independent Business President Dan Kelly said accessing the subsidy in March, April and May 2020 gives firms the ability to compare their sales to the same month last year or January and February 2020. “This will help new and growing firms who may not have qualified based on a comparison to 2019,” said Kelly.

“CFIB heard concerns from many who would not qualify for a subsidy in March because they wouldn’t be able to show a 30 per cent reduction as the first half of March was not yet deeply affected by the economic effects of COVID-19.”

CFIB still prefers the government drop the 30 per cent test

The CFIB said some business reported that their regular accrual accounting method would mean their books would not show a loss of 30 per cent, despite a deep effect on cash flow. “Now government is proposing to allow an option to use cash accounting,” it said.

The CFIB warns the changes will still not help all small firms in need of help to gain access to the subsidy. CFIB’s preferred option remains that government drop the 30 per cent test altogether for small and medium-sized firms.

Freelancers and those working less than 10 hours

As for freelancers, home care workers and those who work less than 10 hours a week – Trudeau says they are working on solutions and help is coming.

More help for seniors is on the way

For those seniors struggling and taking a big hit on their savings, Trudeau says more measures are coming soon.

For Canada’s 86,000 charities, Trudeau says they can now exclude government funding when calculating a loss in revenue.

Since the start of applications on Monday, 1.72 million Canadians had applied for Canada emergency response benefit ( CERB). The government has gone through a total of 4.2 million applications since March 15th.

Trudeau announced he will be attending the next cabinet meeting in person. This comes as work continues on the wage subsidy bill. He encouraged parliament to reconvene to pass the legislation.

When asked what the hold up was for Parliament to return to pass the wage subsidy, Trudeau says they government is giving opposition time to review the draft bill and ask questions to make sure the legislation passes quickly and properly.

Job numbers for March will be out tomorrow. Trudeau says, not surprisingly, the numbers are going to hit hard. “It’s going to be a hard day for the country. We’re facing a unique challenge but I know if we pull together our economy will come roaring back after this crisis,”said Trudeau.”