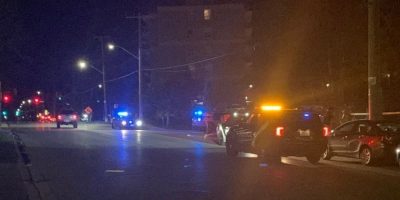 A fifth youth has been arrested and charged in connection with the stabbing of a 16-year-old boy in east end Barrie on Apr. 30.

Police were called to the area of 37 Johnson Street near Blake Street shortly after 9:30 p.m. for a report of a stabbing.

The teen was transported to Royal Victoria Regional Health Centre and then airlifted to a Toronto trauma centre for treatment of life-threatening injuries.

On Wednesday, police said a 16-year-old female from Barrie was arrested and charged with attempted murder, aggravated assault and assault with a weapon. Three 16-year-old boys and a 17-year-old boy were arrested earlier this month in connection with the stabbing and face the same charges.

Due to the provisions within the Youth Criminal Justice Act, the names of the suspects cannot be released.

Leon added that the victim has since been released from the hospital.