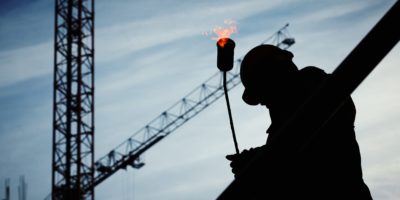 “These job numbers are difficult to accept, a punch in the gut,” said Ontario Premier Doug Ford as he opened his media briefing Thursday. This comes after a massive spike in unemployment in Ontario of over 400,000 jobs lost. “We are dealing with a massive economic fallout. It’s only going to get worse before it gets better.”

Earlier Thursday job numbers were released, showing 1.011 million Canadians lost their jobs in March, with the national unemployment rate going from 2.2 to 7.8 per cent. Unemployment in Barrie jumped from 4.3% in Feb to 5.7% in March, which is a big jump in one month. Mayor Jeff Lehman expects the April report to show the real impact though.

“It’s just a tip of the iceberg, just a snapshot of what we are dealing with. But these aren’t just numbers, these are real people and it breaks my heart to see the jobs report,” said Ford.

The Premier is trying to kick start the economy with the creation of a new Ontario Jobs & Recovery Committee, which he says will directly work with companies to figure out a recovery plan.

Similar to Prime Minister Trudeau’s comments earlier in the day, Ford stayed away from providing an exact date on when the economy would get back on its feet. “We need more information before we give an accurate number.”

The province confirmed 483 new cases of COVID-19 on Thursday and 4,097 more tests completed, still considerably less than the daily capacity of 13,000 tests per day that Ford says they have to hit. The Simcoe Muskoka District Health Unit added six to its caseload, bringing the regional total to 114 cases.

The new caseload numbers come as Ontario announces new testing guidelines, which fall short of Ford’s comments on Wednesday that every frontline healthcare worker needs to be tested.

Ontario’s chief medical officer of health Dr. David Williams said in a memo that new residents admitted to long-term care should be tested. That includes those in a room with any symptomatic residents, and any asymptomatic residents as well as any staff or visitors that have come in contact with a confirmed case.

Williams wrote that all health-care workers, caregivers, care providers and first responders should be tested “as soon as is feasible” if they develop any symptoms, including atypical ones.