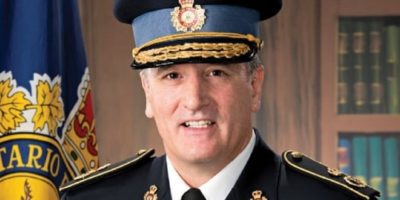 Blair launched the wrongful termination suit today, also calling for a full public inquiry into provincial appointments made under Ford. The former officer alleges cronyism on the part of the Ford administration.

The former acting Top Cop was in the running for the Commissioner’s role, and in December, called on the Ontario Ombudsman to investigate questions of political interference in the process, after the job was offered to a Ford family friend. He also revealed documents at the time that suggested Ford’s government asked the OPP to provide a $50,000 custom van for the Premier’s security.

Blair was fired in early March.

In response to this lawsuit, the Ford Government stated that, as the matter is before the court, it would be inappropriate to comment further.