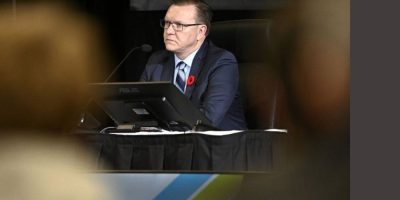 A lawyer representing some organizers of the “Freedom Convoy” says police were regularly leaking operational plans and other information to protesters in Ottawa during last winter’s demonstrations.

Keith Wilson testified Wednesday morning at the public inquiry investigating the federal government’s decision to invoke the Emergencies Act in February in an effort to end weeks of protests in the capital.

“At all times, there was a high degree of situational awareness of what the operational plans were for the police,” Wilson told reporters after his testimony.

He described a “steady stream of information and leaks coming from all of the different police forces and security agencies from on-duty officers.”

The OPP and RCMP have not responded to requests for comment on Wilson’s allegations.

In a statement, the Ottawa Police Service said it is “not commenting on convoy-related matters at this time, so as to respect the public inquiry underway.”

The Ottawa police had previously confirmed that they moved to disciplinary action against one officer for contributing to the Freedom Convoy with a financial donation.

And the inquiry also previously heard that an Ottawa police constable who was suspended for not being vaccinated kept an encrypted police radio and allegedly shared information with protesters.

Ottawa police have not confirmed any disciplinary action against that officer.

Throughout the protests, police faced criticism for standing by as protesters lit fires, set off fireworks and stockpiled food and fuel on downtown streets.

Wilson was brought in to give legal advice to the demonstrators in early February.

This report by The Canadian Press was first published Nov. 2, 2022.