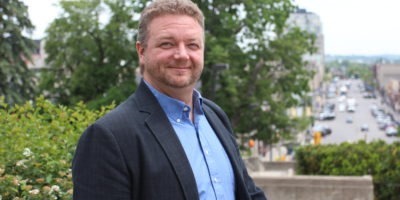 Doran was previously a Strategic Consultant for a number of college’s, including Georgian College. His work as Principal Consultant and President of Doran Strategic Consulting involved also extended to the new Sandbox Centre in Barrie, city of Barrie and the Simcoe County Board of Education.

“Jamie has been an active contributor to Ontario’s innovation and entrepreneurship sector for 18 years,” said Georgian College President and CEO MaryLynn West-Moynes in a statement. “He has provided astute business advice and mentorship to thousands of start-ups and small and medium-sized enterprises. He has also mentored hundreds of students. His extensive experience, leadership, creative vision and the success of his own start-ups is exactly the combination we were looking for.”

Choosing a College Program? It could pay to learn the science behind the substance, Cannabis

Doran worked closely with the Henry Bernick Entrepreneurship Centre during his consulting role at Georgian College. West-Moynes says Doran will play a critical part in advancing Georgian’s culture of innovation.

“I am delighted to be joining the Georgian team,” Doran said in a statement. “I consider myself privileged to have already gotten to know so many outstanding people at the college and in key positions around the community through my consulting work. Together, we conceived great visions, executed some incredible projects – and I truly believe, collaborating together, the best is yet to come.”