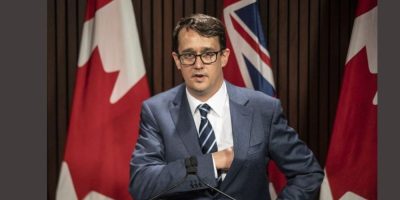 Ontario says it is investing $90 million to support upgrading the skills of workers.

The province says the funding opens on Thursday to anyone who is unemployed or underemployed.

Minister of Labour Monte McNaughton says the program is designed to help those who need a hand up in a market where there are 370,000 jobs available across the province.

The province says a previous investment in the John Howard Society has helped 40 previously incarcerated people find jobs in the manufacturing industry.

The current round of funding will prioritize applications for the skilled trades, health care, technology and manufacturing industries.

This report by The Canadian Press was first published Sept. 26, 2022.