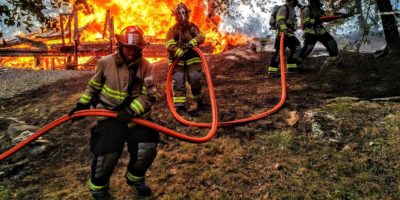 A cottage in Gravenhurst was a total loss, while fire crews were able to spare surrounding buildings.

Gravenhurst Fire was called to Flanagan Trail around dinnertime Wednesday evening, to find the private cottage fully engulfed in flame.

Two pumpers, three tankers, three support units, and four chiefs were called upon to tackle the fire, and while the cottage couldn’t be saved, the nearby bunkers and sheds were spared from the flame.

Damage is estimated at around $500,000. There were no injuries reported.