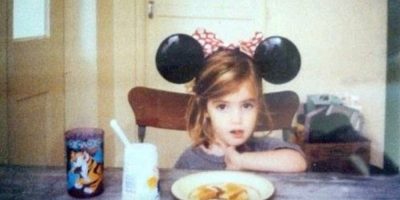 One eagle-eyed Harry Potter fan was quick to notice something was not quite right with one of the photos used for Emma Watson. Namely, it was the wrong Emma.

If you’re anything like us, the first thing we did on New Year’s morning was hop onto Crave and start streaming the Harry Potter 20th Anniversary Reunion Special. With tons of returning actors, directors, and a few sparse appearances by J.K. Rowling, the special shed light on some old stories and how the series has changed not only the lives of those involved but its larger impact on pop culture.

While the reunion was mostly filled with good laughs (and maybe a few tears), there was one moment early in the special that had one fan quickly taking to Twitter to point out the mistake. While speaking about the first film and her opportunity to audition for the role of Hermione Granger, a picture was shown of Emma Watson when she was a child, eating breakfast with Mickey Mouse ears on:

The problem is, that isn’t Emma Watson, that’s Emma Roberts. To be fair, they do very similar, but shouldn’t the producer double check if they got the wrong Emma? Perhaps we were simply “obliviated” into misremembering.

Related Entertainment News: HBO gives a taste of what’s to come in 2022

That wasn’t the only mistake made in the special either. Everyone’s favourite twins, James and Oliver Phelps, who played Fred and George Weasley, had their names mixed up when they were introduced. Oliver shared a picture of the mistake on Instagram, but was quick to make light of the situation joking “I guess after all those pranks over the years somebody decided to get their revenge”. Going on to say, “It was fantastic to be part of the HP reunion. Hope you all enjoyed it.”