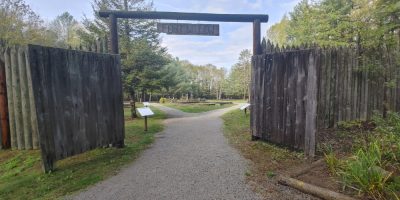 Just outside Barrie, in Utopia, sits an old military installation called Fort Willow. For History Buffs, it’s a fantastic place to visit because it’s certainly full of that. But it might also be full of something else … ghosts.

Fort Willow was a strategically located supply depot during the War of 1812. It provided arms, ammunition, and more to the British Colonial soldiers fighting in the south, which would eventually become Canada. Before that, it was also used for centuries by First Nations, the fur trade, and French Explorers as part of the major transportation route known as the Nine Mile Portage.

While Fort Willow is quite a beautiful place to visit now, it definitely was not in the 19th century. War is hell, and Fort Willow saw more than its fair share of misery in those days.

No direct military action was ever taken against the fort – the Americans never made it that far North. But the land and sickness were a constant enemy at the fort. The surrounding area was described as a “Hellish Swamp” in the summer and completely isolating in the Winter.

Along with the terrible conditions, more than a few tragic stories have been circulating that have fuelled the ghost speculations at Fort Willow.

One of the stories tells of a British officer who left the fort on a hunting expedition and never returned. Another, more gruesome tale, concerns a young British soldier who was arrested for desertion, flogged, and executed. The young soldier is often seen walking beneath the palisades into the woods.

Though there’s debate, some believe that there was a small village beside the Fort for a short time. While laying CPR track in later years, graves were discovered. This has led some to believe that the ghosts are settlers from that village whose final rest was disturbed.

Ghostly gun shots are also heard throughout the Fort on a regular basis.

If you’re looking for something to do this Halloween (or if you’re just a history buff), Fort Willow really is a interesting place to check out.

If you’re not too scared, why not see it for yourself? 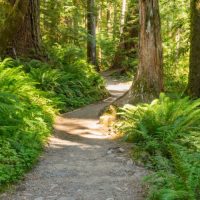