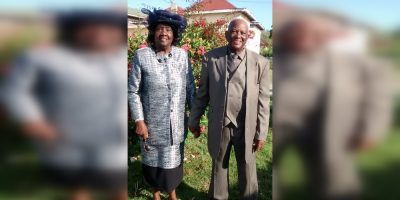 Thelma and Glen Perry of Barrie are overwhelmed by the outpouring of support they have received after their story became public about a $12,000 fine the couple in their 80s received for not complying with the quarantine act.

Joan Trensch, Thelma’s daughter, says her mom and Glen returned from Jamaica on July 4 after months spent away doing missionary work. The flight landed sooner than was scheduled.

“They’re in their 80s, fully vaccinated and all the paperwork is in order,” Trensch told Barrie 360. “The plane came in a little bit earlier than expected, and they got caught in this loop.”

Trensch says the plane landed at Pearson Airport sooner than the 10:30 p.m. schedule, and her mom and father-in-law were fined even though the couple asked if they could stay at the airport until midnight.

They thought processing at customs would take until midnight, the time the government-ordered hotel stay for travelling Canadians was to expire.

Their only option other than the ticket was to stay at a government-approved hotel for three days and self-isolate for two weeks.

Barrie-Innisfil MP John Brassard has been networking to try to get the situation resolved. He is of the opinion that Canada Border Services could have used some discretion.

“The couple had done everything right. They were double-vaccinated and had pre-screening COVID tests that were negative. It’s not like they were on vacation,” says Brassard.

He has written letters to federal Health Minister Patty Hajdu and Public Safety Minister Bill Blair seeking their assistance, but to date has not received a response.

Trensch was at Pearson to pick up her mom and father-in-law and they made her aware of the ticket while at customs.

Trensch says the fine is heavy-duty and she would like the cost erased or lowered to something more reasonable.