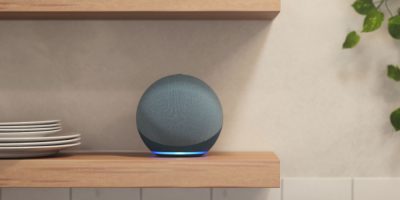 Get a new Amazon Echo device for Christmas? You probably know most of the features it has but here are a few of the more hidden ones we think are pretty fun.

Probably one of the most useful yet underused featured, Routines allow you to set up a series of commands to all play out in a row, without having to say them all individually. So, if you normally come downstairs in the morning and turn on your smart lights, get your morning news brief, and then start listening to music while you cook breakfast, you can instead set up a single phrase like “good morning” to activate all 3 commands in a row.

Listen, we all misplace our phones now and then, there’s no shame in that. However, tearing apart your room, tossing pillows and blankets around looking for it is such a medieval way to look for it! With Alexa, you can simply say “find my phone” and she’ll give it a call for you. No need to bother your roommate who will no doubt hassle you for losing it for the second time in one day.

Are you the type of person who needs to learn something new every single day? Alexa makes that super simple. Asking Alexa to “tell me something interesting” will have her reach deep into the web to pull out an interesting random fact. It could be about anything from science to entertainment or maybe that Tiger Woods got his first hole-in-one at the age of eight, before he was even tall enough to see the hole.

Amazon Echo devices have tons of Easter Eggs and little nods to movies, shows, and characters. Like if you ask her “Where is Chuck Norris” she will respond “If Chuck Norris wants you to know where he is, he’ll find you. If he doesn’t, you won’t know until it’s too late”. Our personal favourite is asking her what the meaning of like is, in which she will give the only sensible answer: “42”.

If you don’t like the name Alexa (or don’t want her to wake up every time you talk about her), you can actually change the wake word to anything you want. Susan, Sally, Sammy, or anything else you might want to call her. “Hey, you” is also perfectly acceptable if you don’t want to get too chummy with your new device.

Have more than one device in the house? Did you know that echo devices can talk to one another and be used as an intercom system? Send a message to any other device in the house by assigning them rooms and then say “drop in on -insert room name-“. You can also save your voice if you normally call out for dinner. Just say “dinners ready” and Alexa will ring a dinner bell for everyone in the house!

Don’t feel like cooking? Echos make it easy to order in your favourite dishes without even having to pick up your phone. You can order a pizza from your favourite joint or even send mobile orders to places like Starbucks on your way out the door, so it’s ready and waiting when you get there!

Other Tech News: Will a Tesla Autopilot driver be charged with Vehicular Manslaughter?

Did we miss anything? Of course we did, Amazon Echo speakers a packed with features! What are some of your favourites?