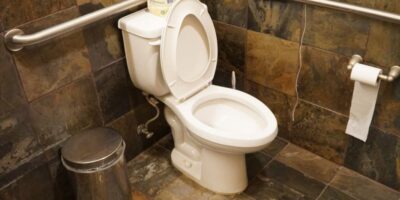 The discovery of the coronavirus in the bathroom of a vacant apartment in southern China is being taken as evidence that the pathogen spread up through sewage pipes after a toilet was flushed in another unit. The finding is adding to concerns over the virus’ ability to spread in tiny airborne particles in enclosed spaces, and not just in the same room, or even on the same floor.

The Chinese still remember the SARS virus outbreak caused by a man who visited the Amoy Gardens apartment building in Hong Kong 17 years ago. His visit to one apartment eventually left more than 300 people in the building sick, and the virus, which is related to the one that causes COVID-19, is believed to have spread through the plumbing.

Genetic material indicating the presence of the new coronavirus was found on surface samples from the sink, faucet, and shower handle in the bathroom of the long-vacant 16th-floor apartment in February in the city of Guangzhou.

The apartment is directly above the bathroom of an apartment in which five people were confirmed COVID-19-positive in late January, according to the study published recently in the Environment International journal by researchers at the Chinese Center for Disease Control and Prevention.

The scientists carried out an experiment in the building, flushing the toilet in the 15th-floor apartment and then looking for aerosolized virus in the units above.

“The possibility of aerosol transport through sewage pipe after flushing the toilet at the 15th-floor restroom was confirmed,” the study concluded, noting that an “onsite tracer simulation experiment” found aerosols the bathrooms of apartments on the 25th and 27th floors of the same building, directly above the suspected source.

Four COVID-19 cases were confirmed on those two floors in early and mid-February, according to unpublished data from China’s CDC cited in the study.

“Evidence suggests the transmission of SARS-CoV-2 via aerosols is plausible under favourable conditions,” the researchers concluded, offering the latest evidence that the virus does travel through tiny particles in the air, not just larger droplets.

Although transmission via the shared elevator cannot be excluded, “this event is consistent with the findings of the Amoy Gardens SARS outbreak in Hong Kong in 2003,” the report stated. The leading theory in that outbreak focused on sewage backups in the apartment building, where the virus may have become aerosolized.

The Chinese researchers mentioned that with COVID-19, “toilets are a daily necessity, but may promote fecal-derived aerosol transmission if used improperly, particularly in hospitals.”

The World Health Organization came under pressure this summer and eventually conceded that, in addition to droplets, airborne particles could not be ruled out as the source of some reported COVID-19 outbreaks, especially in indoor settings with poor ventilation.