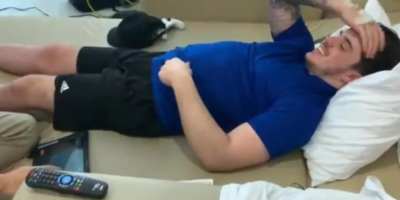 Experimental spinal surgery has allowed one of the Humboldt Broncos players, left paralyzed after the horrific bus crash in April 2018, to move his legs.

Ryan Straschn﻿itzki, 20, travelled to Thailand for the surgery, which implants an epidural stimulator in the spine that can send electrical currents to the spinal cord to stimulate nerves and movement.

Mapping of the device begins.Learning to control legs. One time almost kicked therapist. Opps Therapist is only holding his leg. Ryan is moving it. Then Ryan asks if he can go work out at the Mall Gym after. The stunned therapist said NO. You just had surgery. Seriously son. Haha pic.twitter.com/QTKqfq3AEf

Only a half dozen people in Canada have had the surgery, just 30 worldwide.

Straschnitski was one of 13 junior hockey team players injured when a truck driver went through a stop sign and collided with the Saskatchewan team’s bus, killing 16 others.

He was paralyzed from the chest down.

Dr. Aaron Phillips, a professor at the University of Calgary, said while it won’t likely lead to Straschnitski walking again he will have improved motor function. In addition, bladder, bowel, sexual and cardiovascular function may also improve, increasing quality of life. 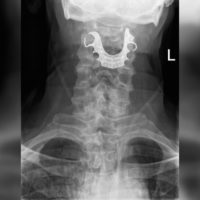 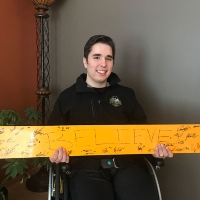