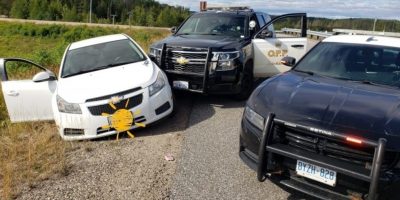 A man from the Greater Toronto Area is facing numerous charges after Huntsville OPP say they arrested a suspect who fled from officers by driving northbound in the southbound lanes of Highway 11 on Friday.

The car eventually collided with a cruiser.

OPP say they seized money and evidence of marijuana from the vehicle.

The suspect is charged with impaired driving, dangerous driving, flight from police, as well as weapon and drug offences.