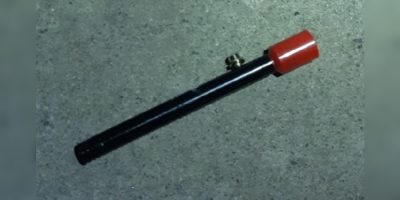 York Regional Police say a traffic stop in Vaughan over the weekend yielded a home made gun.

Just before 4:00 Saturday morning, a vehicle pulled up to a RIDE spot check in the area of Steeles and Islington Avenues, and police say they spied an open bottle of alcohol within. That led to a seach that polic say turned up not only some white powder believed to be illicit drugs, also an improvised firearm loaded with a 22 calibre bullet. Break and enter tools also said to be in the vehice.

Three people aged 17, 24, and 27 facing a list of charges, including carrying a concealed weapon, possession of break-in instruments, and driving with an open bottle of liquor.