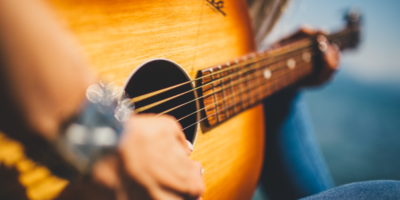 An evening of live music is planned for Saturday evening, among the first in-person concerts to be held in the city since the onset of the pandemic.

Called Night of Country, the concert in the Sadlon Arena parking lot will feature five acts at about 45 minutes each. The catch? Concert goers will be taking in the show from their car.

You’ll be able to get out for a washroom or smoke break, of course, and every precaution has been taken when you do. “Every single detail has been executed and scrutinized to every extent of every requirement from the municipality and from health,” event organizer Forrest Jones told Barrie 360. “So we feel like we’re pretty good to go on all fronts.”

“We’re in uncharted waters and we’re going to make the best of it,” he added.

Jones says three portapotties will be on-site for concert-goers to use, adding they’ll be used in rotation, each sanitized after every use.

Barrie City Hall confirms all the proper health and safety hurdles were surpassed in planning this event. “The Health Unit’s guidance for outdoor events had to be followed, including safety precautions for cleaning/use of public washrooms, physical distancing, contract tracing protocols, and mask use,” said the City of Barrie’s Manager of Recreation Services, Rob Bell. “All of these protocols, including parking plans and health and safety options, had to be reviewed. A recommendation to proceed was required by the Health Unit and the City of Barrie’s By-law department before a contract was put in place to move ahead with the event.”

Jones adds there’s a knock-on effect to this concert. “We know that people are going to go across the street and get their food before they come to the venue,” said Jones. “We know there’s a significant contribution to the community when we do these sorts of things.”

“We’re getting people to get out and spend money again, and that’s something you just have to do.”

Speaking of money, tickets are $20 a person. A carload of four people would set you back nearly eighty bucks. Jones says that’s a reasonable price for a ticket these days. “For twenty dollars, I don’t know what you want, but there are five bands,” he said. “These guys, all of them, have music on the radio. Every single one of these guys has music on the radio right now.”

Saturday’s lineup features country music stars David Boyd Janes, Cole Bradley, John Anderson, Dustin Bird, and Evan Farrell. Tickets are available online only. “We can’t do day-of tickets at the site because we need information from you; who you are, where you’re coming from, your address and all that stuff,” Jones says all concert-goers will need to provide contact information should the health unit require it for contact tracing.

More information can be found on the Night of Country Facebook event page.