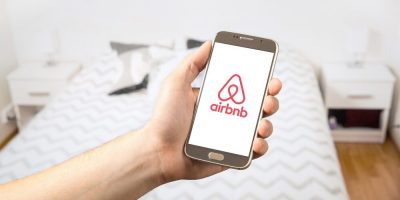 The Town of Innisfil is going to target short-term rental accommodations (STAs) the municipality and residents say are related to more problematic “party houses.”

At Wednesday’s town council meeting, a number of options were considered to deal with the issue.

“We had a very robust debate exploring all the options proposed which included introducing licensing for short-term accommodations, a demerit point system for non-compliance as well as using the Town’s existing by-laws to enforce, and if needed, apply fines,” says Mayor Lynn Dollin. “The final resolution, in a recorded vote, was to strengthen the Town’s existing by-laws to curb the activity of illegal STAs and apply fines to those not respecting or adhering to Town regulations.”

The town’s enforcement staff have extended their operating hours to 11 p.m. on weekdays and until 2 a.m. on Friday, Saturday and holidays until after the Labour Day weekend.

“In addition, recent amendments to the Town’s Noise By-Law enable enforcement staff to pursue charges against short-term rental operators who fail to take adequate steps to ensure their guests comply with the Town’s Noise By-Law. More refined reporting tools have also been implemented to allow staff to specifically track this enforcement, and they will report back to Council in the Spring of 2023,” the town stated in a news release.

Officials say it is important residents continue to report any concerns or complaints to the Town’s Customer Service Hotline. During the Town’s Business Hours, residents can call 705-436-3710. After 11 p.m. on weekdays, or after 2 a.m. on weekends and holidays,  residents are directed to the South Simcoe Police non-emergency line at 705-436-2141, Option ‘0’.

STAs are defined as residential dwellings rented to others (either in whole or in part) on a temporary basis. Some short-term rental accommodations, such as Bed and Breakfasts, where the owner resides on the premises and rents out space to the vacationing public are permitted within the Town’s residential zones including the waterfront, however, the owner and their guests must still comply with all existing by-laws such as noise control, fireworks and parking. STAs where the owner does not primarily reside on site, known more commonly as ‘ghost hotels’, are not permitted within residential zones and within the shoreline residential zone in the Town of Innisfil. Through amendments to its land use provisions, Council has reaffirmed its commitment that ghost hotels are not allowed to operate within residential zones in the Town of Innisfil.