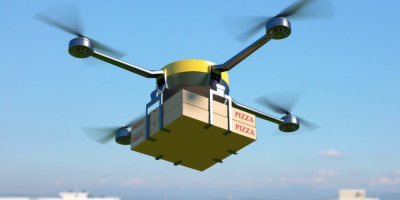 Before you get too excited, there are a few caveats that come with this announcement. Firstly, it is only Pizza Hut Israel that is exploring this idea so far and they hope to begin testing the drones by June. Secondly, delivering single orders to individual customers is still out of the question for now. “Drone delivery is a sexy thing to talk about, but it’s not realistic to think we’re going to see drones flying all over the sky dropping pizzas into everyone’s backyards anytime soon,” said Ido Levanon, managing director of Dragontail Systems Ltd., the technology firm coordinating Pizza Hut’s drone trial. Drones will drop off multiple orders to places like parking lots so delivery drivers can take them the final leg of the trip.

So, it seems, for now at least, we won’t have the sun blotted out by an army of pizza delivering robots, but who knows, maybe one day you’ll be walking along and a pizza will fall from the sky. A free lunch is a free lunch though, right?