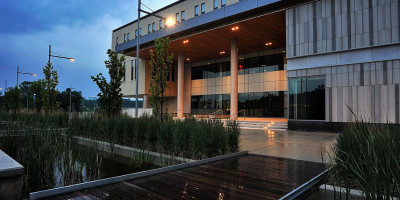 For the second year in a row, Lakehead University has placed in the top 100 of the Times Higher Education Impact Rankings.

The Times Higher Education Impact Rankings measure the societal impact of universities by evaluating an institutions’ success in delivering the United Nations’ Sustainable Development Goals. The rankings measure the impact universities make to the world in the areas of poverty, inequality, climate change, environmental degradation, peace and justice.

Lakehead finished 99th out of 1,115 universities from around the world, based on its performance in meeting the United Nations’ 17 Sustainable Development Goals (SDGs).

Dr. Moira McPherson, Lakehead’s President and Vice-Chancellor, said she was proud that Lakehead ranked so highly for the second year in a row.

“We’re excited that Lakehead remained in the top 100 even with nearly 350 more universities being included in this year’s ranking as compared to last year,” Dr. McPherson said.

Ranking ahead of several top comprehensive and research-intensive Canadian universities, Lakehead scored highly across many SDGs, including a top 10 ranking in SDG 15: Life on Land.

The Life on Land SDG evaluates how universities support land ecosystems through education and action, how they contribute to sustainably managing forests, combating desertification, halting and reversing land degradation, and how they halt biodiversity loss by measuring their research on land ecosystems.

This year’s top 10 spot in SDG 15 recognizes the work of Lakehead researchers on life on land, as well as education about, and support for, land ecosystems. Lakehead’s policies and procedures relating to land-sensitive waste disposal, such as its commitment to reducing plastic waste on campus, contributed to its top 10 ranking.

Lakehead also scored highly on other metrics, including a top 20 ranking in Life Below Water, a top 30 ranking in No Poverty and Zero Hunger, and a top 40 ranking for Reduced Inequalities and Clean Water and Sanitation.

“To be in the top 100 globally – and top 40 on a number of goals – demonstrates the significant work accomplished by Lakehead students, faculty, and staff to contribute to solving the grand challenges facing the world today through education, research and partnerships,” added Dr. McPherson. “It also shows what we already know – that Lakehead offers one of the best educational experiences in the world.”

Dr. David Barnett, Lakehead’s Provost and Vice-President (Academic), agreed. “This ranking is also due to Lakehead University’s longstanding commitment to Indigenous learners and communities, which helps us succeed and lead with regards to sustainability and social justice,” Dr. Barnett said.

“As our university community continues to make these SDGs a priority, we once again see how Lakehead is world-class. Students, faculty, staff and alumni should be proud of this exceptional accomplishment.”