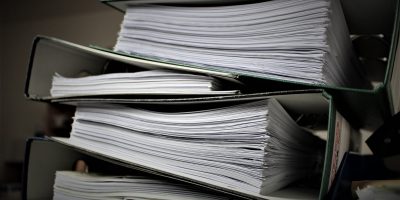 A compromise appears to have been reached regarding the WE Charity student grant controversy.

The drawn-out ordeal has stalled finance committee meetings for months now as the government and opposition argue the validity of thousands of documents released back in August that detail the now-canceled student summer grant program.

The opposition argued that some of the materials in those released documents had been redacted by public servants working within government.

The opposition wanted the non-partisan Parliamentary Law Clerk to make those decisions.

Just as Conservative MP and finance critic Pierre Poilievre was set to call for that change during a news conference Monday, the governing Liberals agreed to allow the parliamentary law clerk to peruse the documents.

“We have now agreed to send unredacted documents to the Law Clerk, except those that were redacted to protect cabinet confidences and unrelated material as already allowed by the committee motion,” Government House Leader Pablo Rodriguez wrote in a tweet on Monday.

Poilievre took issue with Rodriguez saying the government will leave out “unrelated material” from the documents it forwards to the law clerk.

“If the government insists that it needs to put aside what it claims are cabinet confidences, fine. We’ll do that for now,” Poilievre said.

His apology came after it was revealed that a subsidiary of the WE Charity paid Trudeau’s mother and brother for previous speaking engagements.

Canadaland reported that Margaret and Alexandre Trudeau were paid in excess of $300,000 by WE over the last four years.

Trudeau apologized for not recusing himself from the WE decision.

“Because of my family ties to the WE organization, I should not have been involved,” Trudeau said.

“WE have paid back the $20 million they were given to deliver the program,” he said. “I made a mistake in not recusing myself from this decision, given our family’s history … and I’m sincerely sorry.”