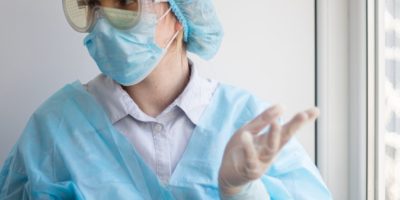 The Ontario government has missed the mark by more than half.

The province said on Tuesday that just over 24,000 tests were processed in the past 24 hours, a far cry from the 50,000 Health Minister Christine Elliott championed on September 16th where the province would be by October.

Premier Doug Ford attributed the lower figure not to a lack of testing capacity. He said fewer people are seeking testing.

Simcoe Muskoka Medical Officer of Health Dr. Charles Gardner said he isn’t sure how to interpret it.

“People have been, unfortunately, had to receive mixed messages over time or changes in messages about testing,” Gardner explained. “They were told to come without restriction in the summer, they were told there would be long lines and delays for turnaround. In September, they were told to restrict themselves to come only if they had symptoms or contact history, or if it was required with working in long-term care or travel-related.”

“It’s also possible that maybe we’re actually starting to a see a reduction in transmission and therefore fewer people have exposures and symptoms coming forward. I don’t actually have a clear understanding as to why that’s happening at this time.”

At the COVID-19 testing centre on Sperling Drive in Barrie, there was a significant increase in people being tested in the first three weeks since the move from Royal Victoria Regional Health Centre on Oct. 1.

Stella Johnson, RVH operations director for the COVID clinic, said volume in the last seven days has dropped, but on Monday it was right back up to 400 people per day.

What has changed is they don’t have the wait times anymore, which Johnson said is great for patients and the community.

“I think the move has made us more efficient. People are able to book their appointment and show up at their appointment time, and wait a very short period of time to have their tests completed, as opposed to four days ago when you needed to wait days to book an appointment or find a site that had the capacity.”

Johnson said turnaround times are great with the lab, just over 24 to 48 hours.”

The Sperling Drive location is seeing only symptomatic people.

Johnson believes the new space has made a huge differnece on making people get through quicker, and she also credits the appointment-based system as been helpful in allowing people to stagger their arrival time.

“You know, there’s not an incentive to stop at 8 a.m. and line up all day anymore because you have a dedicated appointment time.”