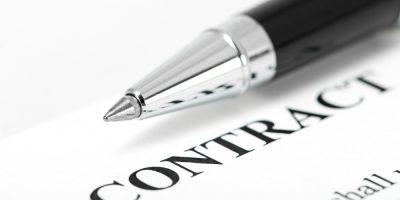 Short on time? Here’s what you need to know:
-Simcoe-Muskoka’s medical officer of health is among the experts required to sign a non-disclosure agreement to serve on Ontario’s COVID-19 advisory table but adds it is standard
-Despite the agreement, the medical officer of health says making the table’s findings public would provide clarity
-The Health Ministry says the non-disclosure agreement means the table has only one spokesperson

We learned this week that the experts tapped to serve on the province’s COVID-19 advisory table were required to sign a non-disclosure agreement first. That has caught the ire of the Opposition Party, but a local official says it is nothing out of the ordinary.

“Is there any other reason the premier slapped a gag order on expert advisors?” asked NDP Leader Andrea Horwath during Question Period on Wednesday. “Or is it just as it appears that he doesn’t want the public to know that he was actually ignoring their advice?”

The Simcoe Muskoka District Health Unit’s (SMDHU) medical officer of health Dr. Charles Gardner sits on the public health measures table and admits he signed a non-disclosure agreement to do so. “It’s actually standard practice for any committee that I’ve ever been on with the provincial government,” Gardner told Barrie 360. “That’s been the experience I’ve had the entirety of my career. So in that regard, it’s not unusual.”

Gardner says serving on the advisory table is an educational experience to be sure. “I see very good information brought to that table. There are background reviews of the scientific literature on like evidence, basically, about public health measures and the degree to which they can help, and situational reviews about the control measures that have been put in place in other jurisdictions.”

He adds that making this information public could provide clarity as to why certain policies are put in place. “In my opinion, making that kind of information available, would be helpful to clarify why we need these measures. And I think, help people understand need for these measures and allow people to see the evidence for themselves.”

He adds there are no secrets at the table, all the information discussed is already out there. “The original research is available to all it’s just been put together as a single review to to make it easier to view,” he continued. “In my opinion, it would be helpful to make that kind of information available.”

Health Minister Christine Elliott says the non-disclosure agreements experts were required to sign serve another purpose, in that it allows only one spokesperson. “When you have a group of people that are making decisions like this, that they have one representative that speaks for them,” she said at Queen’s Park Wednesday. “It’s important that one person speaks for the entire group. We hear the advice from the public health table and we hear that through Dr. Williams. That’s the way that the system works. And that’s the process that we’ve been following throughout.” Dr. David Williams is the province’s medical officer of health and provides updates to the public twice a week.