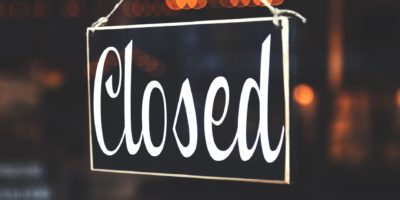 “Bras and underwear. To say that I’m a little pissed off right now is an understatement.”

A Barrie-based small business owner aired her frustrations outside the south-end Wal-Mart after purchasing the same products she’s been told she isn’t allowed to sell under the current lockdown.

The video was posted to the account of Bliss Beneath, a locally-owned fine lingerie retailer. It is among the stores that must forbid patrons from shopping inside. “They’re allowed to sell these garments, but I am not. Curious, and I think our representatives in the City of Barrie and Province of Ontario need to answer the question why? Why can Walmart sell these garments and I can’t?” asked store owner Tamara Disaverio in the video.

“I completely agree pharmacy and grocery should be open. Those are essential items,” Disaverio told Barrie 360. “But when the entire rest of the store is open for people to go in and shop, number one, it’s going to draw people in, and number two, that’s not fair. If Walmart is allowed to sell that merchandise, then every other small business should be allowed to sell the same merchandise.”

“We thrive on fitting our clients in person. So, if somebody can’t come into the store and try something on, they’re not guaranteed that it’s going to fit and they are far less likely to make a purchase,” she added. “It’s got to be one of one or two things, either Walmart not allowed to sell it. And I’m still not allowed, or they are allowed to sell it and I should be allowed as well.”

The south-end Wal-Mart falls within MPP Andrea Khanjin’s riding of Barrie-Innisfil. Barrie 360 reached out to Khanjin’s office for comment but has yet to receive a response.

The second-round COVID-19 lockdown allows big box stores like Walmart to operate at a significantly reduced capacity, and have been directed to only sell those items deemed essential. Smaller stores were forced to lock their doors a second time, relying on curbside pickup or delivery instead.