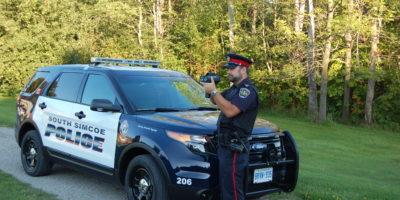 Having a G1 licence means having a qualified driver in the seat next to you, no booze or drugs in your system while driving and obeying road laws.

A fella stopped Tuesday morning in Innisfil had none of the above.

South Simcoe Police say they clocked a novice driver doing 117/kmh in an 80 zone, without a qualified driver on board and while drug impaired.

And his G1 licence had been suspended for previous infractions.

A 36-year-old Innisfil man has been charged with: