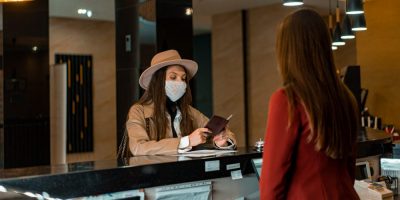 Los Angeles is the first county in the nation to require masks again. The mandate is for indoors, and it’s indefinite.

The masks came back Sunday, one month after California dropped restrictions, claiming the state’s COVID recovery was on track. But, now, a speedbump.

Dr. Anthony Fauci warns of a dangerous outbreak among the unvaccinated.

“There are still plenty of people who are not vaccinated, leading to that dynamic spread of the virus throughout the community. I believe that’s what the challenge is in Los Angeles,” Fauci told CBS News.

Nationwide, the rate of vaccinations has dropped by 35%. That’s allowed Canada, at first slow to get shots in arms, to catch up fast. America’s progress is threatened by the highly contagious Delta variant.

New cases have spiked almost 70% in the U.S. over the past week with eight states plagued with rapidly rising infections.

A CBS poll shows that a majority of Americans are worried about the Delta variant. But it’s the fully vaccinated that are more concerned than the unvaccinated.

And there’s new concerns over COVID spreading among athletes at the Tokyo Olympics, which start this week. Tennis star Coco Gauff announced that she tested positive and will no longer be able to compete with Team USA.