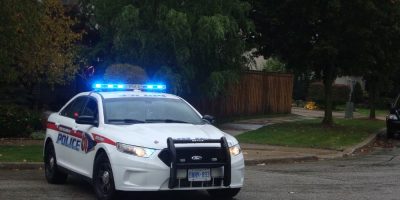 A 19-year-old man is facing multiple charges after police say a homemade explosive went off in the food court of the Upper Canada Mall in Newmarket.

York Regional Police say they were called to a mall near Yonge Street and Davis Drive around 6:45 p.m. Wednesday and found a homemade explosive that had detonated.

They say no one was hurt.

Police allege the suspect placed the explosive in a planter box and took off before officers arrived.

They say the canine unit tracked him down shortly afterward.

The suspect is charged with several offences, including arson with disregard for human life, use of explosive with intent and unlawful possession of explosives.