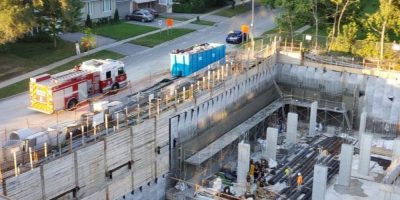 A man was rescued by Barrie firefighters several hours after getting trapped in a trench at 37 Johnson Street.

A fire department spokesperson tells Barrie 360 that the person was removed from the trench around 9 p.m. on Tuesday and transported to hospital.

According to Barrie Police, the man is in his mid-30s and has non-life-threatening injuries.

Officials say the Ministry of Labour has been contacted.