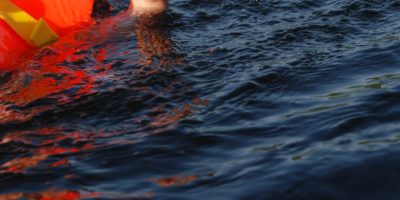 A life vest is living up to its name in Midland, after being credited with keeping a man afloat and alive for a good 30 minutes.

It happened before 10:00 Saturday morning off Lighthouse Point in Hog Bay, in Tay Township; A resident there noticed a vessel bobbing on the water, called in the authorities.

The OPP say the 59-year-old man was floating in the 9 degree water for a good half hour after his fishing boat capsized, and would have gone under if it weren’t for that vest.

A private vessel helped the man to shore before authorities could show up, while he was treated for hypothermia by Simcoe County Paramedics before being taken to hospital.