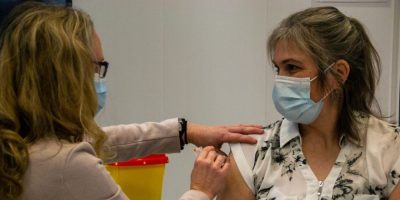 Government messaging about the state of the COVID−19 pandemic may stymie uptake of fourth vaccine doses, some experts said, as provinces laid out plans to expand eligibility for the shots to millions more Canadians.

Ontario will allow residents aged 60 and older to make fourth−dose appointments as of Thursday and Quebec will follow suit next week. Several other provinces are also making the shot available to older demographics – developments that come after the National Advisory Committee on Immunization recommended this week that second boosters be administered to residents aged 70 and over.

The fourth−dose rollout could serve to better protect more of Canada’s most vulnerable residents as COVID−19 indicators suggest worrying trends, but experts said some provinces’ recent moves to lift restrictions are sending the message that the pandemic is no longer an issue.

“It’s hard to motivate people to get boosters when they want to believe this is done,” said Dr. Kelly Grindrod, an associate professor at the University of Waterloo’s School of Pharmacy. “And the question is, do we have to keep living through disaster levels for people to stay engaged enough that they want to protect themselves?”

While governments have shifted the onus to “personal responsibility” when it comes to masking, urging people to assess their own risk level, Grindrod said the number of people who are going maskless in indoor public spaces suggests many don’t have a good sense of how prevalent COVID−19 is right now.

“Things are getting serious. Numbers are climbing. And then you can go out and about grocery shopping, to the gym, whatever. And people do look as if they’re living a normal life like they’re not in a wave,” she said.

At the same time, uptake for third doses has been less than ideal, she said.

More than 89 per cent of Canadian adults have two doses of COVID−19 vaccine, but only 56.8 per cent of that same group have received the third dose.

There could be a few reasons for that, Grindrod said, including that in early January, around the time the first Omicron wave peaked, NACI published guidance saying that catching and recovering from the virus would give you a bit of extra immunity so it may be a good idea to wait to get boosted.

“The rationale was you might not get as much benefit from your booster if you’re already boosted from infection,” Grindrod said.

“So it’s a little bit hard to tell right now if the low uptake was just people not interested, or if it was the fact that they think they got Omicron and were just delaying when they got the booster.”

Dr. Dawn Bowdish, an immunologist and professor at McMaster University, said the education campaign to promote boosters has been a “PR disaster.”

“The messaging was that those were for sick people or old people. So many people in the general population got the message that with two they were finished … They were clearly done their vaccination journey and more vaccines were just for sick people,” she said. “That is just not true with Omicron.”

Bowdish said that because current vaccines were formulated for the first version of COVID−19, which is quite different from Omicron, they’re not as good at providing long−term protection against the current dominant strain.

But they do create a new army of antibodies, which fade over time.

“With the other variants, we just had to have a little bit of antibodies that would bind to the exact right spot, and that would be sufficient to protect us. But with Omicron, we need to have a lot of antibodies. We have to absolutely cover that virus with antibodies. And as a result, the best time to get Omicron is right after a fresh vaccination when those levels are so, so, so, so high,” she said.

For that reason, she said, it’s best to time a booster dose right before a new wave of the pandemic, when you’re more likely to catch the virus.

Dr. Fahad Razak, an internist and epidemiologist, said evidence is scant that a fourth dose will help young, healthy people fight COVID−19, but for those in older age groups and people who are immunocompromised, the benefit is clear.

“It’ll benefit a fairly small group of Canadians, and it’s important for them, but for the majority of the population, it won’t change things,” he said.

While some provinces have yet to release fourth−dose plans, many are acting on NACI’s latest guidance.

Manitoba announced Wednesday that it was expanding eligibility to residents of personal care homes and those in congregate settings, such as supportive housing and assisted living facilities. Those aged 70 and older and First Nations, Inuit and Métis people 50 and older are also eligible in that province.

Manitoba started offering fourth doses last December to youth and adults who are moderately to severely immunocompromised, as well as people 18 or older who live in a First Nations community. 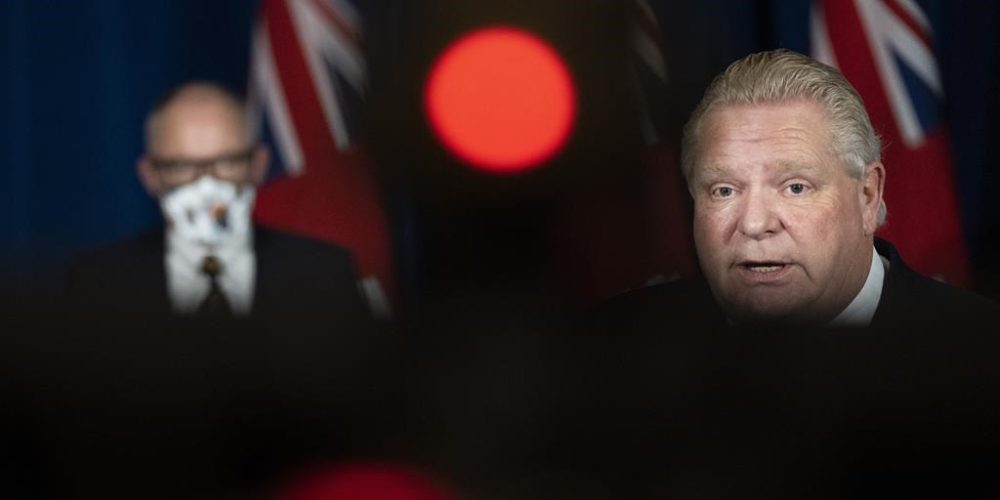