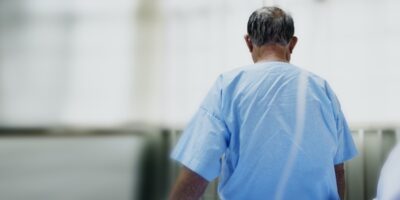 Canadian Armed Forces members have made some ‘extremely troubling observations,’ while working at long-term care facilities in Ontario.

“We received a report from the CAF, and I can tell you it was extremely troubling, Prime Minister Justin Trudeau said Tuesday morning from Rideau Cottage.

The report found the five homes were reusing supplies. It showed residents were left in dirty diapers and unbathed for weeks. It said residents crying out for help were ignored by staff.

Trudeau was sad, shocked and disappointed by report

“It is deeply disturbing, there are things in there that are extremely troubling, I spoke with the Premier this morning, we need to do a better job for our seniors in Ontario.

“I was angry, sad, shocked, frustrated and disappointed,” said Trudeau.

Trudeau says formal requests were made to extend military deployment at long term care homes in Ontario and Quebec. Premier Ford has asked for the military’s help for another 30 days.

The Premier called the details “horrific.” Ford says the province didn’t know the full extent of what these residents were dealing with.

Premier Ford calls it the worst report he’s ever read

Ford says he takes full responsibility for the system “he inherited,” saying the buck stops with him. He adds it’s the worst report he’s ever seen.

The Premier also said Ontario is not alone. He believes it’s a Canada-wide problem.

The latest request for military assistance comes after Ontario and Quebec formally requested the help of hundreds of soldiers back in April to bolster front-line care workers overwhelmed by COVID-19 outbreaks.

Prime Minister Trudeau said then that the measure was a short-term solution and Canada should not “have soldiers taking care of seniors.”

But Trudeau did say yes, they would act on the request extend CAF help in LTC homes.

Trudeau says the support given to our seniors is not up to scratch and he believes the poor conditions, detailed in the CAF report, existed long before the spread of COVID-19.

“We must, as a country, improve the situation in those care homes,” Trudeau said.

‘A disaster waiting to happen’

Fullerton says they have already begun an active investigation based on the Canadian Armed Forces report.

NDP leader Andrea Horwath called on Doug Ford in the Legislature to “take over” the many long-term care facilities across the province that are failing to ensure the health and safety of seniors and safe.

Horwath called it “a disaster waiting to happen.”

The Ministry of Health has reported that over 75 per cent of the total number of COVID-19-linked deaths in Ontario were residents in long-term care homes.

Out of 626 long-term care homes in Ontario, there are currently 150 experiencing an COVID-19 outbreak.