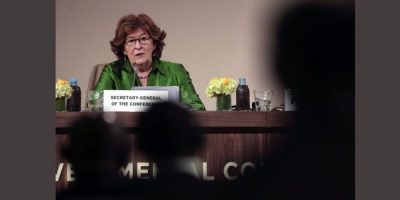 In a scathing indictment of the Canadian Armed Forces’ resistance to change, retired Supreme Court justice Louise Arbour says it is long past time for the military to scrap traditions and structures that perpetuate a sexualized culture.

The call from one of Canada’s most respected jurists follows a year-long review ordered by the Liberal government, and leaves Canada’s military at a crossroads after decades of scandals, criticism and broken promises.

“The long-established way of doing business in the CAF is anchored in operational imperatives that are often nothing more than assumptions,” Arbour writes in the introduction to her highly anticipated report, released Monday.

“One of the dangers of the model under which the CAF continues to operate is the high likelihood that some of its members are more at risk of harm, on a day-to-day basis, from their comrades than from the enemy. This must change.”

To that end, many of the 48 recommendations contained in Arbour’s report seek to overhaul or end long-standing traditions and ways that the military goes about its business. These include how it recruits, trains and promotes Armed Forces members.

There are also proposed changes to how cases involving sexual discrimination, harassment and assault are reported, monitored and handled, with the overall aim of having the military cede more control and involvement to civilian authorities.

While the military has previously made numerous promises to act, Arbour says it has instead defied efforts to change its culture and fostered many of the outdated traditions and structures that continue to hurt women, in particular.

“Firmly entrenched in its historical way of life, the military has failed to keep pace with the values and expectations of a pluralistic Canadian society, increasingly sophisticated about the imperatives of the rule of law,” her report reads.

“Operating as a totally self-regulated, self-administered organization, entirely reliant on deference to hierarchy, it has failed to align with the ever-changing, progressive society we live in. This disconnect is a liability for the CAF and for Canada.”

The former UN human rights czar nonetheless does not specifically recommend the creation of an independent oversight body, as many experts and observers had requested, but instead calls for more involvement and oversight by civilian authorities.

That includes tasking Defence Minister Anita Anand “as a first step” with having to report to Parliament on which of Arbour’s recommendations have been implemented ⁠— and which have not ⁠— by the end of the year.

Arbour also calls for the appointment of an “external monitor” to oversee the implementation of her recommendations, with regular reports to the minister and public.

“Assuming my recommendations are implemented, I do not see a need to stand up yet another entity, like an inspector general or otherwise, to oversee the fundamental shift in accountability required of leadership,” reads the report.

“I see a dire need for outside input to truly transform the insular culture entrenched in the CAF. Alerted for years to the prevalence of sexual misconduct, the CAF has demonstrated an unwillingness or inability to change.”

Arbour is only the latest to criticize the Canadian Armed Forces and its leadership in recent months for having failed to act on hundreds of previous recommendations from outside sources designed to address problems with its culture.

The military ombudsman, as well as a panel of retired Armed Forces members, chastised the organization last month for failing to act on dozens of previous studies and reviews on racism in the ranks over the last two decades.

The military has instead taken to saying in recent years that it agrees “in principle” with all recommendations from external sources, but then either implementing them half-heartedly or letting them collect dust. That needs to end, according to Arbour.

“The CAF has been unwilling or unable to embrace the intent and vision that came from external sources, choosing … the appearance of implementation over its substance, thereby entrenching their ways of operating,” reads her report.

“I believe this is a consequence of the insularity within which the CAF has traditionally operated, and its determination to perpetuate its old ways of doing business.”