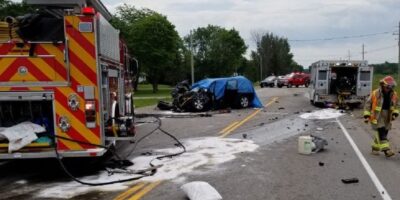 A driver is dead following a crash near Elmvale.

The OPP report a collision between an SUV and transport truck shut down Highway 27 at Flos Road Seven around 11 a.m. Monday, while Springwater Fire Service added the collision required an extraction.

Shortly before 2:30 Monday afternoon, the OPP confirmed the collision claimed the life of a 59-year-old motorist, later identified as Jeffrey Lescard of Barrie.

The driver of the transport truck was uninjured but was taken to hospital as a precaution.