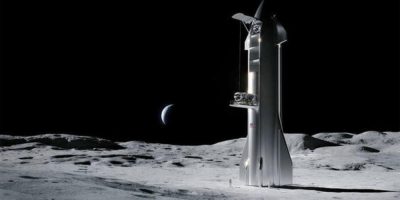 Following an uncrewed test flight in February, the first piloted flight of NASA’s Orion moonship and Space Launch System mega-rocket — Artemis 2 — is slipping from 2023 to no earlier than May 2024, NASA announced Tuesday. Artemis 3, the first piloted moon landing, is also being pushed back from 2024 to sometime in 2025.

The announcement during a teleconference with reporters on Tuesday was NASA’s first official acknowledgement of what most in the space industry have long believed: the Trump administration’s 2024 target for returning American astronauts to the surface of the moon is not feasible without a major boost in funding.

While the cost of the SLS rocket through its maiden launch in mid-February is holding at roughly $11 billion, Nelson said the revised cost of the Orion capsule’s development through the Artemis 2 mission is now estimated at $9.3 billion, up from $6.7 billion.

The increase is partly the result of work slowdowns due to the COVID-19 pandemic and a decision to add rendezvous and docking capability to the Artemis 2 Orion that needs to be tested in flight before it’s used in the Artemis 3 moon landing mission.

“After having taken a good look under the hood these past six months, it’s clear to me that the agency will need to make serious changes for the long-term success of the program,” Nelson said. “Our update for you today is this: NASA is committed to an updated Orion development cost of $9.3 billion from fiscal year ’12 through the first crewed flight test no later than May 2024.”

As for Artemis 3, NASA needs a new moon lander to carry travelers from the Orion capsule down to the south polar region of the moon and back up to Orion. The mission will include the first woman and the first person of color to visit the moon.

NASA awarded a $2.9 billion contract to SpaceX last April for development of a Human Landing System, or HLS, based on the design of the company’s Starship rocket system. But Blue Origin, a company owned by Amazon founder Jeff Bezos, challenged the award in court, halting work on the contract until the issue could be resolved.

A federal judge dismissed the lawsuit last week, allowing NASA and SpaceX to resume work on the lander.

“Our teams need time to speak now with SpaceX about the Human Landing System,” Nelson said. “We’ve lost nearly seven months in litigation, and that likely has pushed the first human landing to no earlier than 2025.

“There are other reasons,” he added. “Prior to fiscal year ’22, previous congresses did not appropriate enough dollars for the development of the Human Landing System. And then the Trump administration target of a 2024 human landing was not grounded in technical feasibility.”

To get to the moon in 2025, Congress will need to fully fund the HLS starting in NASA’s fiscal 2023 budget.

Nelson argued the Artemis program is critical for maintaining America’s technological leadership in the world and for inspiring a new generation to pursue careers in math, science and engineering.

He also believes the United States is in a new space race with China that it cannot afford to lose.

“It’s the position of NASA, and I believe the United States government, that we want to be there first, after over a half century … to prepare us to take astronauts to Mars. … That’s why we’re going back to the moon, to get ready to go to Mars.”

feature image: artist’s impression of a SpaceX moon lander similar to one being planned for the Artemis program. NASA