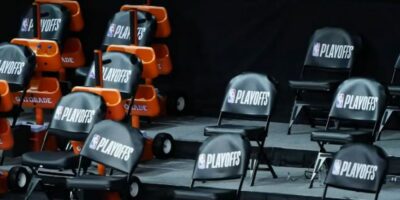 Playoffs will resume Saturday, after an NBA player-led walkout spurred by systemic racism and the recent police-involved shooting of a Black man in Wisconsin.

The pause on the NBA playoffs saw games postponed Wednesday, Thursday, and Friday, amid ongoing racial tensions and protests over the shooting of Jacob Blake.

“The NBA and its players have agreed to immediately establish a social justice coalition, with representatives from players, coaches, and governors, that will be focused on a broad range of issues, including increasing access to voting, promotes civic engagement, and advocating for meaningful police and criminal justice reform,” reads a joint statement from the NBA and players’ union. The statement went on to detail plans to convert every arena properties at their disposal into voting locations for the United States’ November general election. There will also be a focus on promoting greater civic engagement in elections, raising awareness around voter access and opportunities.

Jacob Blake was shot seven times in the back after police responded to reports of a domestic incident in Kenosha Wisconsin on August 23. He was left partially paralyzed as a result. His was the most recent incident involving police violence, following months of protest in the wake of the death of Breonna Taylor and George Floyd.