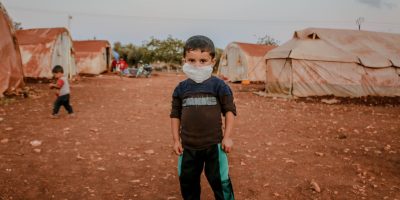 A relatively inexpensive COVID-19 vaccine has been approved by the World Health Organization for the COVAX program, a global vaccine sharing initiative developed mostly for poorer nations.

The WHO approved two versions of the AstraZeneca/Oxford COVID-19 vaccine for emergency use.

“We now have all the pieces in place for the rapid distribution of vaccines. But we still need to scale up production,” Tedros Adhanom Ghebreyesus, WHO Director-General, told a news briefing on Monday.

The vaccine, called ChAdOx1-S, has relatively easy storage requirements and has been found to have 63.09% efficacy.

A WHO panel said two doses with an interval of around 8 to 12 weeks should be given to all adults.

The announcement means poorer countries with no previous access to vaccines can now start vaccination programs.

The WHO expects 336 million doses to be distributed by the end of June, with the first doses rolling-out in the coming weeks. COVAX anticipates the bulk of the first round of deliveries taking place in March.

The deployment “will vary from country to country,” said Gian Gandhi, the UNICEF supply coordinator for COVAX.

The WHO also recommended the AstraZeneca shot be given in countries where other variants of the coronavirus are dominant – but the head of the Africa Centers for Disease Control and Prevention warned the region’s countries to prioritize other vaccines instead.

The African Union (AU) said on Thursday it won’t “walk away” from AstraZeneca’s COVID-19 vaccine but they will target its use in countries that have not reported cases of the B1351 variant, dominant in South Africa.

AstraZeneca’s vaccine makes up the lion’s share of doses in the COVAX vaccine sharing initiative.

While Oxfam applauded the WHO for its “emergency use” approval, the anti-poverty group also raised some serious concerns.

Anna Marriott, Oxfam Health Policy Manager, says our dependence on just a few pharmaceutical corporations “is absurd” in the face of extreme vaccine shortages and the rise of mutations.

“There’s also the danger that rich countries will cherry-pick the vaccines they believe to be most effective, while poorer countries are left with whatever they can get,” Marriott said in a statement.

WHO Director-General Tedros said last week that over 130 million doses of vaccine that have been deployed globally are in just ten countries and that almost 130 countries with 2.5 billion people are yet to administer even a single dose.

Tedros warned that the world is on the brink of “catastrophic moral failure” in sharing COVID-19 vaccines.

Although Canada is one of the leading donors to COVAX, the federal government faced global criticism for its decision to draw almost 1.9 million doses of vaccine from the program.

The Trudeau government has been under fire from the opposition for its delivery of vaccines from Pfizer-BioNTech and Moderna.

To date, Canada is the only member of the G7 group of rich countries listed as a COVAX beneficiary.