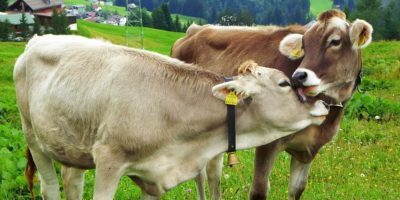 The province is working on a law designed to curb the amount of interference farmers would see.

Bill 156, the proposed Security from Trespass and Protecting Food Safety Act, said to protect Ontario’s food supply from on-farm trespassing and interference with the transport of livestock by upping the fines for first and subsequent offenses.

First offenders would pay a $15,000 maximum fine, second offenses and beyond would have a $25,000 fine associated with them. If it passes, the bill would allow courts to force trespassers to repay for any damages to farm or livestock.

Agriculture Minister Ernie Hardeman says this is designed to protect farmers, not interfere with a person’s right to legal protest. “If passed, our proposed bill would not interfere with the right of people to participate in legal protests,” said Minister Hardeman. “Our government will always protect that right. However, these activities cannot include creating safety risks on farms or interfering with livestock in transport. I look forward to carrying forward the proposed legislation through its next steps when the Legislature returns later this month.”

Nearly 80 municipalities have passed or supported council resolutions calling on the government to strengthen protections for farm families, employees, and animals.