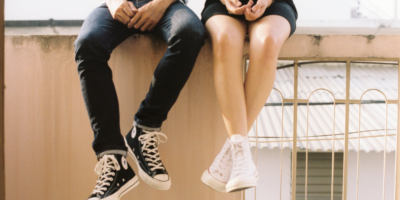 Girls who go through puberty earlier than their peers may be more vulnerable to abuse from a boyfriend, new research suggests.

These girls were more likely to say a boyfriend had verbally or physically abused them: 32 percent did, versus 28 percent of their peers who went through puberty “on time.”

It’s a small difference, said senior researcher Sara Jaffee, a professor of psychology at the University of Pennsylvania in Philadelphia.

But the findings do suggest that girls who mature early can be more vulnerable, especially if many of their friends are boys.

In this study, the correlation between early maturity and dating violence was stronger when girls said they had a lot of boys in their circle of friends.

Jaffee said she was interested in studying the connection between early puberty and dating abuse based on past research. Early maturity in girls has been tied to heightened risks of low self-esteem, depression, eating disorders, substance abuse and “risk-taking,” she noted.

“All of those things could potentially be risk factors for dating abuse,” Jaffee said.

Plus, she added, girls who look older than their peers can be more attractive to boys, including older boys.

When kids look older than they are, some people may expect them to “act older” than they are, explained Dr. Nancy Dodson. She is an adolescent medicine specialist at Children’s Hospital at Montefiore, in New York City.

That’s something that parents and pediatricians should be aware of, said Dodson, who was not involved in the study.

“We need to think about how the world might be seeing them and treating them,” she said.

So, “as a doctor, I may want to ask them about their friends, and ask whether they’re dating. Are they hanging out with boys who are older, or just friends who are older?” Dodson explained.

“There’s a big difference, developmentally, between a 13-year-old and a 16-year-old,” Dodson said.

It’s “OK” for parents to try to ensure their children are with peers their own age, doing “age-appropriate” things, she said.

The findings, published online May 8 in the journal Pediatrics, are based on an analysis of almost 3,900 U.S. girls aged 13 to 17.

The girls were considered to be maturing early if they: got their first menstrual period sooner than the norm among their peers of the same age and race; or described themselves as being more physically developed than their peers.

Overall, 30 percent of the study group said they’d experienced some kind of physical or verbal dating abuse. That included being pushed or shoved, threatened with violence, “sworn at,” or insulted in public.

These girls also had a somewhat higher risk of dating abuse — particularly if boys accounted for at least 29 percent of their “friendship group.”

According to Jaffee, it might not be early puberty, per se, that raises the odds of dating abuse. Other studies have found that childhood adversity — from poverty to exposure to violence — might contribute to earlier puberty.

So, it’s possible that early puberty is a marker of other things, Jaffee said.

Dodson agreed. She said childhood sexual abuse, in particular, has been linked to early puberty — and that can make a child more vulnerable to being victimized later on.

The bottom line, according to Jaffee, is that dating abuse was common in this study.

She said it’s critical for parents to talk to their kids about healthy dating relationships. “And that’s a conversation they need to have with their daughters and sons,” she stressed.

Dodson agreed. “The conversation needs to be more than, ‘Here’s a list of things I don’t want you to do,’ ” she said. “We need to talk to kids about what a respectful, loving relationship is.”

If your child is dating, Dodson suggested asking questions like, “How does he treat you? How does he talk to you?”

And, Dodson said, parents should make sure their kids know they can always turn to them when they are in trouble. “Explicitly tell them, ‘There’s nothing that you can’t tell me,’ ” she said. 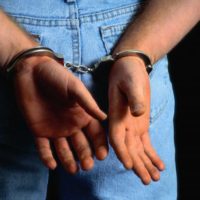